fires
dust devils in the field across the road
so big and swirling in hay
the sky is overcast with smoke from the fires south of us
this is a really scary thought
but if the big earthquake struck now
at least the resultant tsunami would put out the fires along the coast
maybe that is part of the earth's design
to keep all of us dummies in check
mosquitos, tics, poison ivy etc.

there was a Masonic temple on fire
I ran into the building trying to save some vintage clothes inside
but it was haunted and every time I got down one flight of stairs
the room would flash and turn from the entrance
into another floor, another set of stairs down
then the freemasons started chasing me down the hall
wearing black masks

ironworking
the name for where they make iron is a "bloomery"

another iron working word that I like is "pig iron"


speaking in sets
of symbols,
I'm out to lunch in
a villenella

but to clean my mind
with a simple swab

to love with my body
my mind

to love with my mind
the road

the bear on the deck
the bears in my ears

my mom said
but your bear ears
the night before I got them pierced
at five or something, soft
lobe between her fingers

the bear in the road


this guy is talking to me
and I'm writing a poem in my head
not listening at all
open like a flower with artist written in the center in bubble letters
wishing to bloom at night
in Portugal
Posted by Dusty at 2:00 PM

the beautiful woman with the tiny baby girl
sitting on the floor near the window
telling her baby fiercely no! stop that! no!
when she cries
you're being a brat, you know better than this!
she’s in the seat in front of me on the plane
cursing and nursing

the Downs race track where grandpa worked
he was in coaching jockeys, gambling, and drug dealing

being from somewhere
what’s that mean? 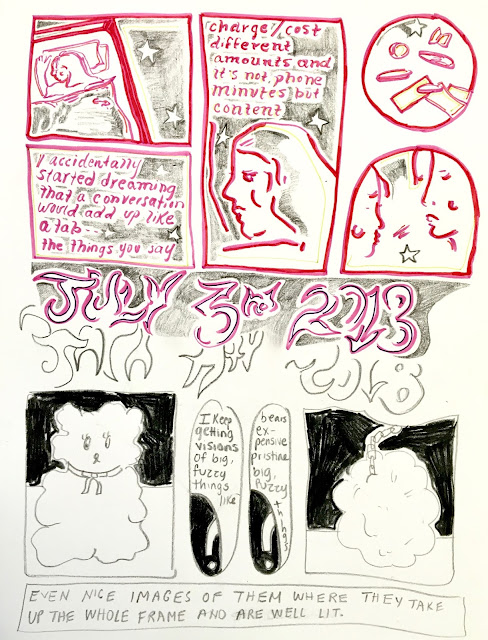 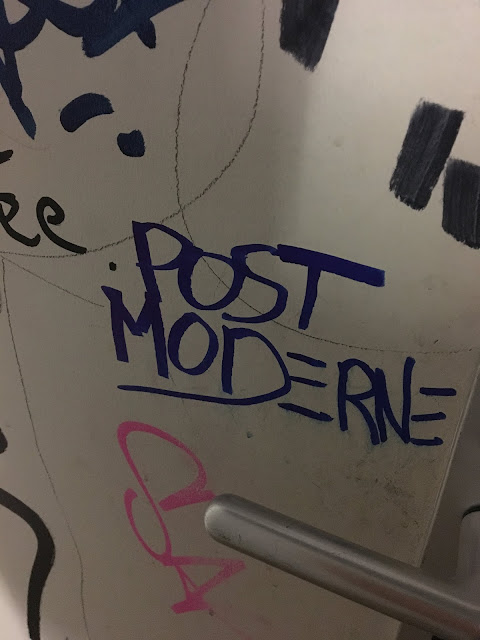 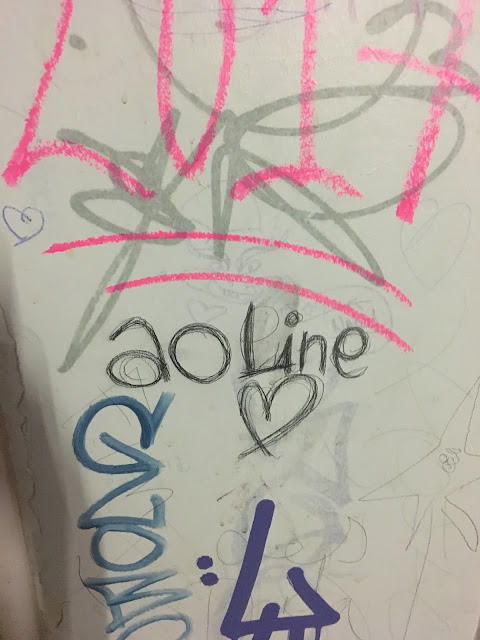 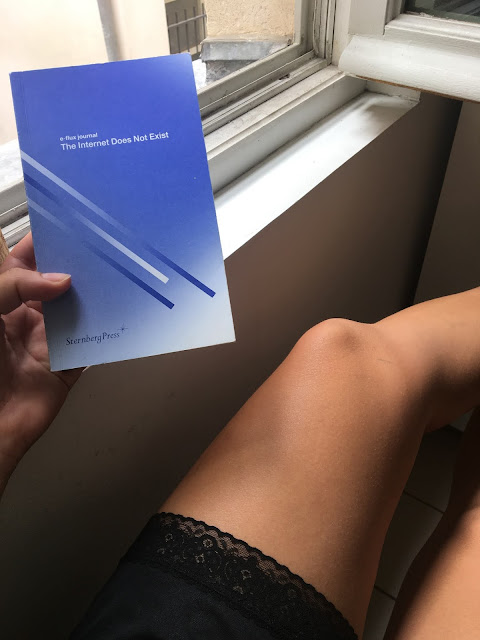 Dad gave me a box full of charger parts and fax machines and my clothing
Posted by Lady Disco at 11:26 AM

The straw lifeguard hat I bought for him
hanging off of the seat in front of me
I look at it sadly like who am I
Buying hats for who?

A bike ride with my dad in Santa Cruz
Behind him breaking too much of a sweat
this place that was made for humans to be
Harbors and tiny beaches swooping by
Smelling like eucalyptus, honeysuckle
bonfires burning in the sand
The air always the softest temp
For whatever activity

The things I know don’t distance me enough
From this group of people
Why do I feel so separate?
Lucia disturbs me
her fixation and memories
insular, obsessive
She needs it more than any of us
To recount specific stories in embarrassing detail

my sister and cousin trade tales of doing badly in school
like comparing battle scars
I never got any Fs! I graduated!
I want to cover Adele’s ears
The grandeur of the house
makes me feel like a failure

The sun is strong already walking from the parking lot to the center
My foggy congested head is like a fish tank
reflecting the light wavy and quiet
Bobbing blinded down the street
Reminds me of traveling with Lucia in 2010
Clean and leisurely yet anxious
The smell of cheap Italian shampoo
Different than American cheap shampoo
Posted by Lady Disco at 11:08 AM


knots in my stomach

for not knowing how to feel

something is awry but what?

how many more times

can I lose my innocence?

bramble around my heart

but its a real feeling

there is no better or worser

what does it mean this time?

with no effort or motive

that isn't even a kindness

it is a curiosity

all I know is I'm going away

and I'll try to make